This RPO was built by Pullman in 1947 and was part of three consists of  The Texas Special. The Texas Special ran from St. Louis to San Antonio and had connecting cars to New York City and Washington DC.

This Anson B. Jones, was the MKT’s contribution, with the Frisco providing the RPO ‘Rock Hill’. Both RPO cars were identical. Early on, the railroads realized that they could not turn the inbound consist to accommodate an (always) on time departure. Thus they built a third consist of heavy-weight cars, painted them red and silver ‘shadow-lined’ to match the streamline cars. Then they mixed them in with the streamline cars so that no customer would be disappointed and say ‘oh we got the old train today’!

One RPO Baggage, three Chair Cars, one Coach Buffet Lounge, one Dining Car, seven Sleepers, one Buffet Lounge Observation Car.  This fourteen car train was jointly operated by the MKT and the Frisco and pulled by two E-7 locomotives. This red and silver train must have been a sight to behold!

This is a Prototype version of this car and does not have skirting. We did that as all of the rest of our cars for the Texas Special, also do not have the full skirting. We like to match!

Don’t miss the chance to ‘Get All The Mail’ by purchasing the entire fleet of SIX RPO’s being released at the same time! Follow this link to find the set of six, discounted for a short while.

SKU: 753601 Categories: Latest on the Track, RailSmith, The ‘Texas Special’ 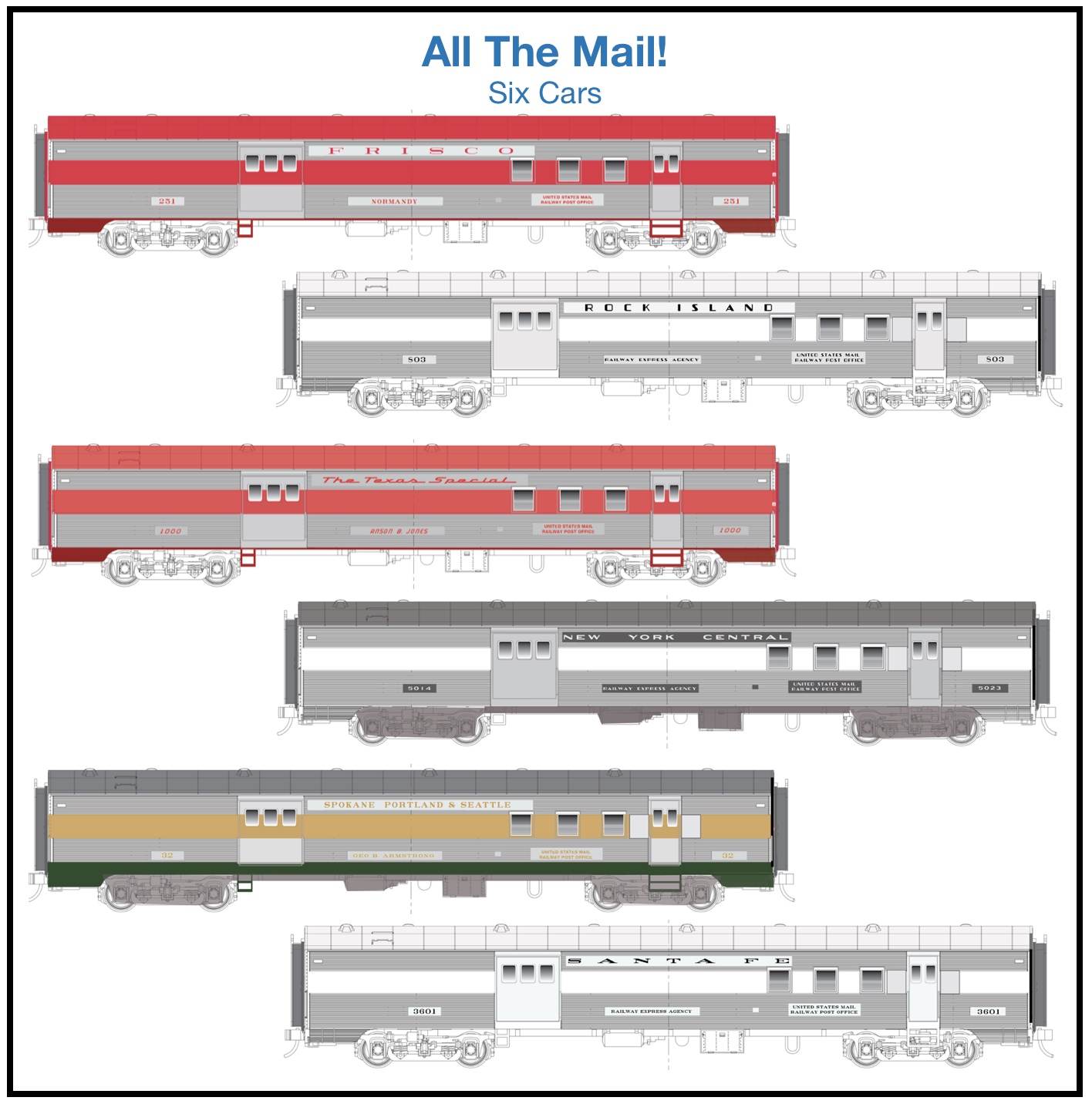 RailSmith- RPO Fleet 1 ‘All The Mail’!

“You have received many compliments when I have run my RailSmith cars with my friends.”

I just received my Carolwood Pacific cars yesterday. They are exquisite! Every attention to detail was paid here, and I can’t thank you enough for putting this into production.  They are going to look amazing, circling my main Street miniatures display.