Delivered by Pullman in 1949, this sleeper was one of 3 the L&N ordered that was built to plan 4140, (our RailSmith car) a ten roomette-six bedroom sleeper.  This class configuration of sleeper for the L&N were all given the “River” names.

These cars were built to the Pennsy standards for through service to New York on the Pan-American and PRR’s Cincinnati Limited. Originally painted tuscan red, they later wore Louisville & Nashville’s blue and gold.

Later in the 1960’s, this car was also used on Pennsy’s SOUTH WIND, service from Chicago to Miami.

This is a Prototype model. Samples are here and we can’t wait for you to see them! 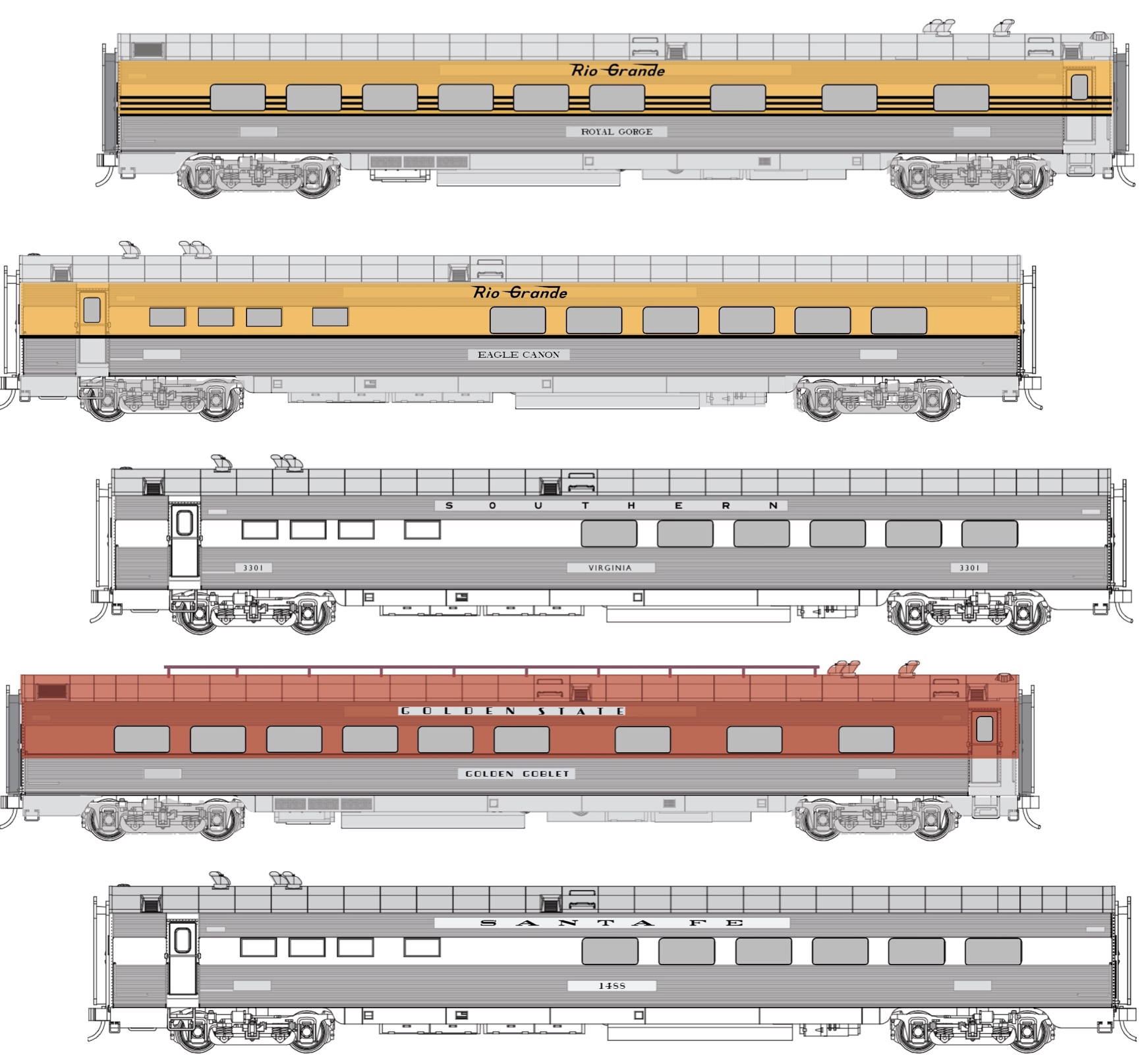 To say the least this is a HUGE development for N-scale and I, along with a number of others, are indebted to you for making these cars possible. Thanks so very much!!!

Thank you for producing such well researched quality offerings.

“You have received many compliments when I have run my RailSmith cars with my friends.”

Received GN A10 today. Absolutely stunning! I am very pleased. Thank You all.